About The Reef Restaurant

The Reef, originally called Comptons, was built by the Usina family on a beautiful piece of oceanfront property in tranquil North Beach — three miles north of the Usina Bridge — on land owned by the family for generations. Comptons opened in 1989 and enjoyed great success for the next ten years. It closed in 1999 due to the ill health of Mr. Compton and hurricane damage.

One of few remaining true Oceanfront restaurants in Northeast Florida, The Reef, reopened in 2002 under the direct ownership of the Usina’s, commands the most spectacular views. Sit at any table inside and the view is dynamic to say the least, or enjoy the recently rebuilt and expanded deck where you not only look out at The Atlantic Ocean, you listen to it too as the waves break and the birds sing. To complement this vista our culinary team under the direction of Greg Cooper delivers a menu primarily of fish and seafood balanced with beef, poultry, pasta and creative specials always fresh and sourced locally when possible.

As General Manager, it is my pleasure to welcome you to our website and to share a little of our philosophy with you. Since assuming the General Manager position in the summer of 2003, it has been my vision to create an experience inside the restaurant to match the fabulous view outside; no small feat, since we are up against Mother Nature at Her finest.

The answer was to keep things as uncomplicated as possible. Well-cooked food from fresh ingredients are excellently prepared, simply presented, and well served. The beachfront building is elegant; there are tablecloths, yet it’s not stuffy. Clean, bright decor is designed to enhance the view. Most important of all, the staff is talented, knowledgeable, pleasant, and friendly. There are very few truly oceanfront restaurants left in Northeast Florida. We work very hard on all aspects of our business so that you, our customers, can continue to enjoy us and the great location we occupy. Thank you. I am looking forward to the pleasure of meeting you.

Take a Tour of Our Restaurant, Located Directly off A1A

Just as awesome as our location off the Atlantic, our menu will delight your palate.
We offer fresh seafood along with delicious beef and poultry dishes. 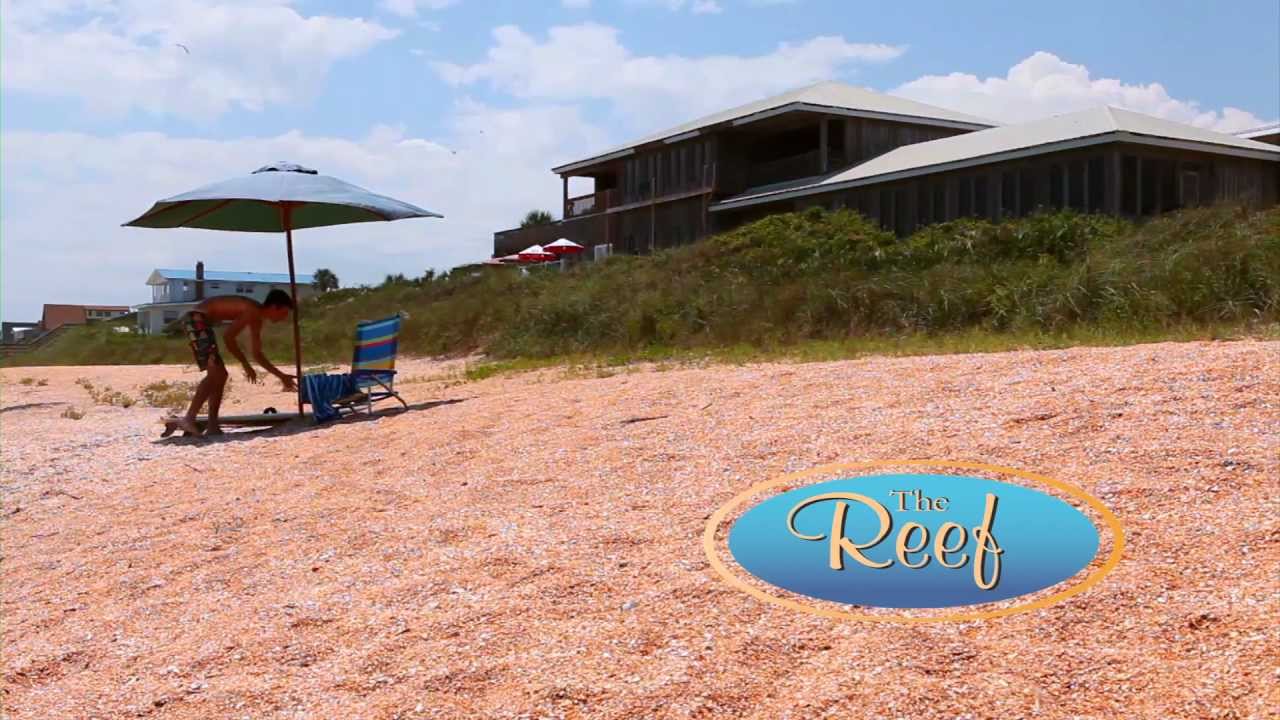 Join us for Happy Hour from 3 to 7pm Monday through Saturday, and 4:30 to 7pm Sunday. Our oceanfront bar features discounted drinks and appetizers.

Unfortunately due to COVID – 19 health concerns we are not serving our award winning Sunday buffet. At this time we offer an a la carte menu featuring several delicious ‘brunch style’ dishes together with a selection from our lunch menu and have expanded service to both Saturday and Sunday. Hours are Saturday: 11am – 3pm, Sunday: 10:30am – 3pm